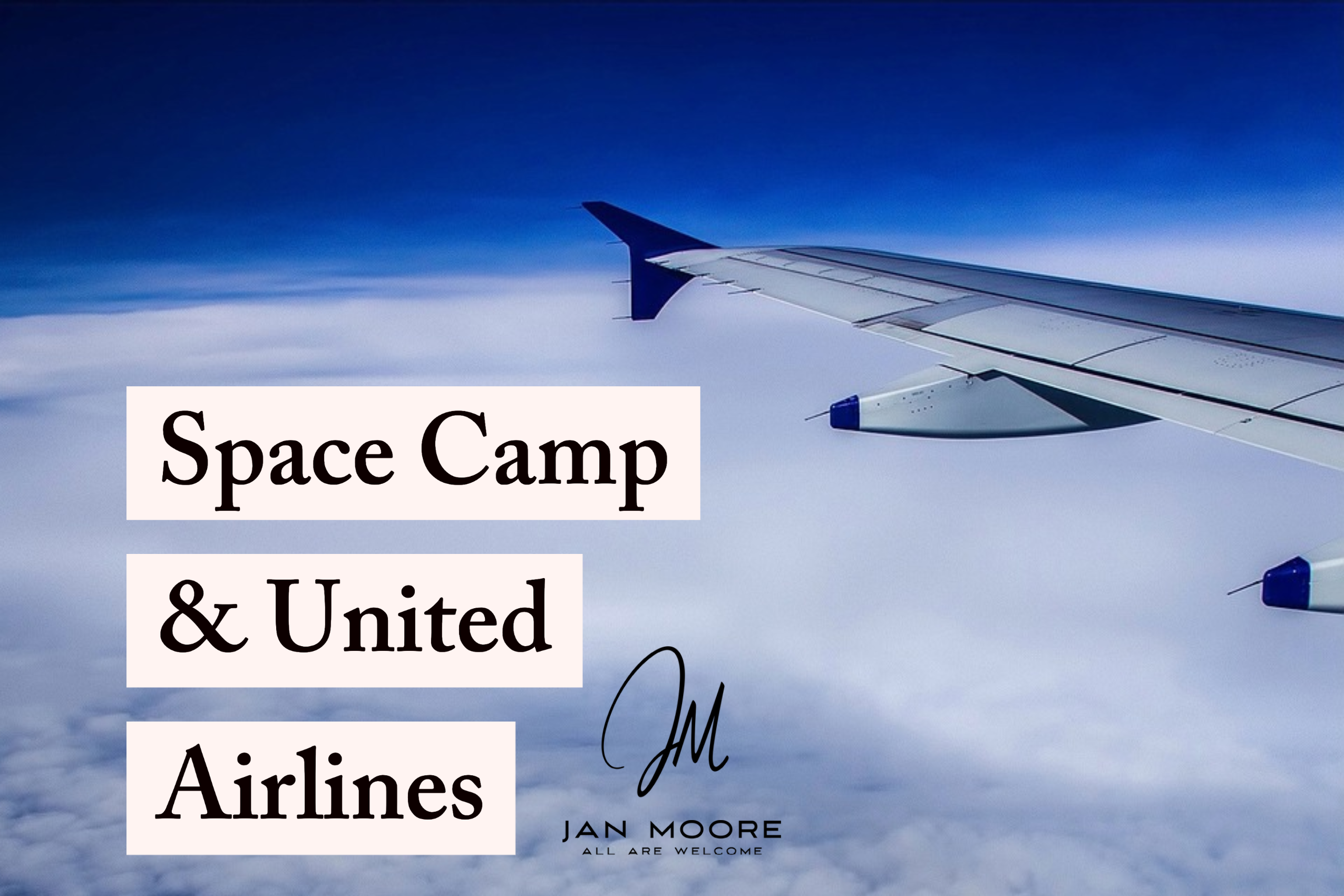 If yo’ mama jokes were still socially appropriate, you can bet I would take the cake. Last February I got a wild idea to send my kids to Space Camp. Just the two older ones because my daughter attends Camp Aranu’tiq. Just like you, we are going crazy in the house with way too many video games and too little activity, so I signed them up.

Getting to space camp is not easy. Your choices are to drive or fly. Driving is about 17 hours one way from where we live. Flying into Huntsville Airport is not like flying into Miami or Washington, D.C. Just a few carriers service the tiny airport, so I booked two unaccompanied minors tickets with United Airlines. In anticipation of the flight, we pack our bags and I put the kids on notice that we are leaving at 8am to catch the plane.

The next morning I go downstairs to leave and find the contents of one child’s bag strewn all over the dining room. The day prior, he was angry because I took his phone away and refused any help when packing. I knew this wasn’t going to be good.

We arrived at 9:22 for a 10:40 flight. Eight families deep in Lane 25 we took our place and waited. The families in front of us were complaining that the line had not moved in 30 minutes. Time marched onto 9:45, less than an hour from departure. The person directly in front of me had a little boy, a fifth grader, who was going home to his mother. He was also flying out at 10:40 and for a moment, we thought all of them would be on the same plane together. The dad comforted me saying they do this all the time and it will be okay. They will make their flight.

Clearly making the flight is not not how the story ends. United Airlines refused to seat the kids. They called the gate asking if they could check anyone else in. The gate said no. Linda told me they could send the kids tomorrow. I explained that the kids still had time to make the flight, with 35 minutes to go. The man next to me had the same departure time, he was checking in and was being seated on their flight. She dug in her heels.

Linda explained that there was another flight at 5:01 but there was only one seat on the flight. I begged can you please put my bags on the later flight and put my children on the flight we booked? No. During the negotiation the man mentioned earlier took his child to board the plane. He said he was sorry, he couldn’t believe that this is how it was happening. To be clear, I acknowledge that getting there late was definitely our fault.

Here’s where yo’ momma comes in. Frustration mixed with a little insanity took over. My kids had missed a year and a quarter of school. They were not missing the first day of six at Space Camp. So with fire in my belly I got in my car and pointed it south. We drove for about 30 minutes and the phone rang. It was the gate. They were holding the plane. It was 20 minutes past departure time. Where were the kids? You mean they aren’t in the airport? I burst into tears.

15 hours and 740 miles later, I checked my children into Space Camp.

There are so many lessons to be learned here. Trust me, I had 740 miles of driving back home to reflect on them. One glaring lesson comes from my child’s response to missing the flight.

“Maybe we should just try again next year.”

This infuriated me. My concern is that I’m not sure we’ve done a good job helping him understand the value of a dollar or what things cost during his 14 years on this earth. Later, his comment about 12 hours into the drive was  “Well I hope this is worth it.” To be clear, this was phrased with an inflection that it better be worth it. At least that is how I heard it. Admittedly, it hurt my feelings. I was trying to do a good thing and I’m not sure that there’s an appreciation for how hard we, as parents, work to make things happen for our kids.

And then I go back to Love and Logic. They say when your kids are older they are not going to have the benefit of you in the car pressing on the break before they hit the person in front of them. Teach them young to push on the break for themselves. Hello natural consequences. Have I completely missed that?

If these 12 weeks are vacation for you I do not begrudge you this time. As healthcare workers, we have hard now 17 months of intense, stressful, relentless, work. The work not only for our patients and employees but the work that we have to do to balance the lives of our family members because we cannot work from home. We are burned out, tired of being argued with over masks and appointments. We put on multiple masks, extra clothing and face shields. I don’t really want to hear about your being inconvenienced by a cloth mask.

So the next time you hear someone say a yo’ mama joke. Just remember that this mamas more crazy than your mama.